I want you to know and understand who I am, what I'm about, what I like.

You can find me on the socials:

It is all public.

Here's the rundown. (It's going to sound a lot like a dating app bio.)

I'll be 42 on election day. I'm single, never been married, don't have any kids. Hopefully one day! I rented here for about 10 years and then bought a house in 2018 in South Provo. I grew up outside of Boston until I was 11, moved to Northern California in 6th grade. I served a mission for the Church of Jesus Christ of Latter-day Saints in Virginia, graduated from UVU in 2005, spent a few years in Mesa, AZ, and have lived in Provo since 2008 and also as a student while in college. My parents are divorced but both happily remarried. I have 4 sisters, and 15 nieces and nephews. I love them all but they are spread all over the country so sadly, none of them will be able to vote for me!

I'm the kind of guy that talks to my garden plants and tells them encouraging things. I like soccer, I played in college and I've had Real Salt Lake season tickets since 2010. I grew up a Patriots and Red Sox fan. I enjoy golf. I'm fun-loving and I regularly make myself laugh. I'm causal, approachable, friendly, and reasonable. I'm a lover not a fighter. I write poems. I love music and I'm confident that I have something in my selection that you can get down with. I put it on random and just let it happen. I've been on a couple championship rec softball teams here in Provo. I like to cook but mostly because I like to eat. 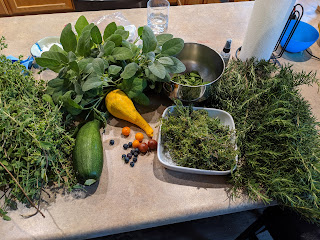 I graduated with a Bachelors degree in Business Management with a Marketing Emphasis from UVU in 2005. I worked for a commercial development company in Arizona for a few years after college until the crash in 2008. I moved back to Provo and worked for a private security and investigations company managing people and property. Then I took a job at UVU as the Assistant Director of  Intramural Sports where I organized leagues and events for students. Then I entered the trades and learned how to build, renovate, and repair homes. From kitchens to basements to bathrooms to decks, roofs, and sprinklers, in did a little bit of everything. If you're looking for some work done, I know a guy. I currently work as an Senior Field Construction Assistant for a national home builder managing the build process and getting homes ready for their new owners. I have adapted to the ever changing circumstances that life has thrown at me and done well in my many positions. I've been fortunate to choose work that I have enjoyed doing.

I'm an Independent Centrist. I don't know if that's a thing but that's what I am. I believe there are meaningful ideas and goals from both Republican and Democrats. I lean traditional Republican when it comes to fiscal conservativism, and more liberal on social issues, but I am not beholden to a party or a single set of ideals. I have a Libertarian streak in me that believes government should be minimally invasive, that people shouldn't be bogged down by a soggy, bloated government telling them how to live their lives. I don't think the government should care about who you love, what you drive, or how you spend your money.

The slogan for Provo is "Welcome Home." My vision and hope is that it is a home where everyone has a place, everyone has a voice, and everyone who wants to be here can be here and find happiness. We're doing pretty good. I want to help to do more, better.