I know. How could I possibly be a good Mayor when I don't have any experience!??! What experience specifically are you wanting? No, I've never held a government position. But why do you want that? Where has it gotten us? Our experienced leaders spent years kicking the problems down the road until the only way out was to take more of your money and simultaneously accumulate more debt.

Do you want the kind of experience that comes with insider, backroom deals, the big spending, the big donor money and favors politics?

Do you want someone from outside that world who has managed people and projects efficiently, works well with others, listens to ideas, is available to and open with the public kind of experience?

I have no allegiances other than that which I pledge to the flag and to the people I am elected to represent. I won't be bought. I don't want lobby money or private money if it comes with strings attached. I only want to serve The People and I will be loyal. I am not in it for the fame, for the power, or for the salary.  I want to represent Provo simply for the love and because I think I can do a good job.

I love this city.  I love what it has been, what it is, and I love what it can become. I only want to make it better by trying to improve the lives of everyone in it. That is the goal; that is the dream. 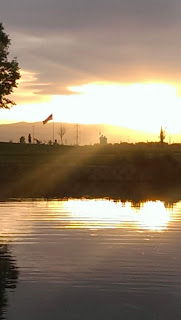 For decades, we have elected the same people who delivered the same results. They are rich and powerful insiders. They have deals with corporations, with other elitists like themselves. They have made it impossible for regular people to get elected. They have made the barriers too steep.

If you want to see change, you have to affect change. You have to be willing to take a chance on an outlier. You know what you will get with the rank and file. They've shown their hand time and time again.

I think it is time for something different. You may see me as unqualified, that's fine. I'm pretty sure the founding fathers had never led a revolution before. I can promise you this: If I get elected and you don't think I am doing a good enough job I won't run again. I'm not in this for me.

Good for you, Caleb!